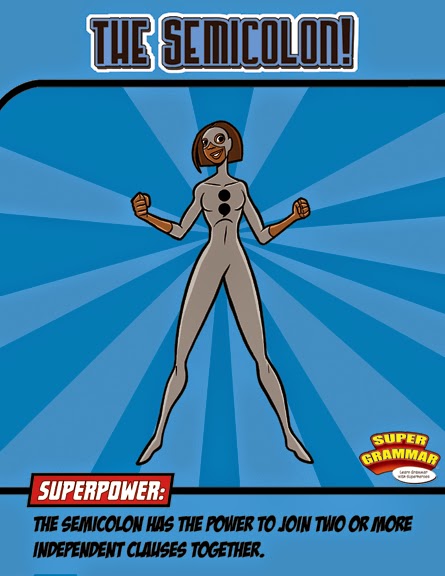 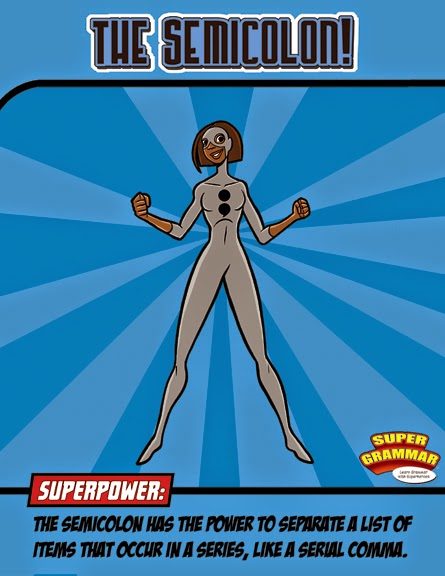 Hey citizens,
Here are a couple of friendly neighborhood messages from the Super Symbols. 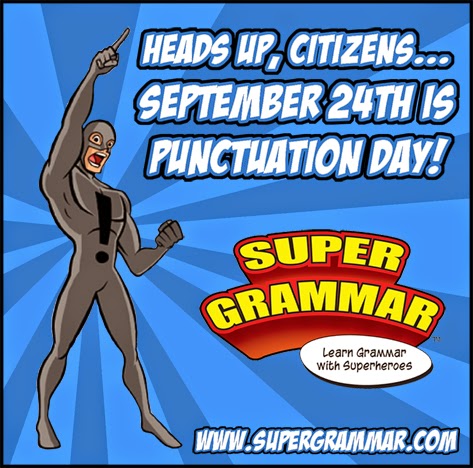 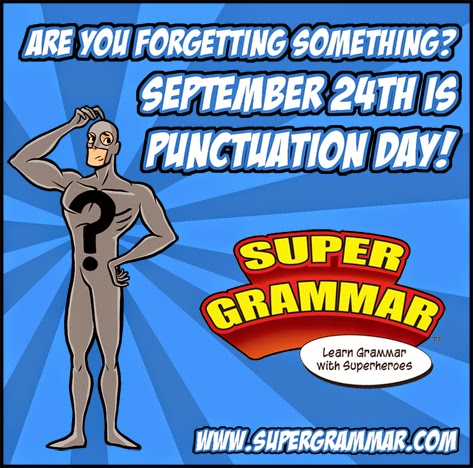 It's time to get ready. And don't forget to share the good news—National Punctuation Day is this coming Wednesday.

Email ThisBlogThis!Share to TwitterShare to FacebookShare to Pinterest
Labels: *NEWS*

Up and at 'em, citizens!

Pick yourselves up. Dust yourselves off. Shake away that weariness, and stand tall. Your sentences need you today! 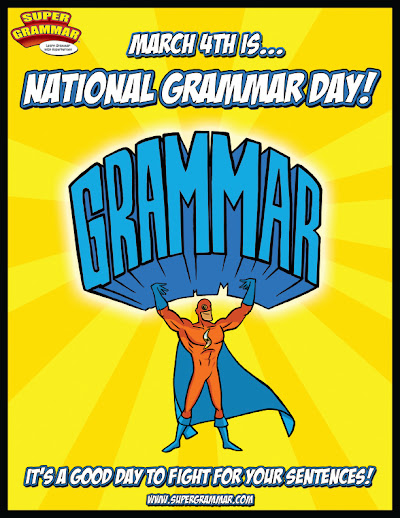 Yes, I know; fighting for grammar is hard work. It's true. But today we stay strong. Yes, your grammar homework can be tricky. But today we do not give up. And, yes, staying vigilant against grammar mistakes is tiring. But today is March 4th, good citizens, and today we fight.

Sometimes doing the right thing may seem like a thankless job (just ask Superman, Batman, or Spider-man about that), but for those of us who believe in fighting for the greater good, there's no thanks necessary. It's just part of the job.

Good. We are too. Let's do this. And, today, may all of our sentences be strong! 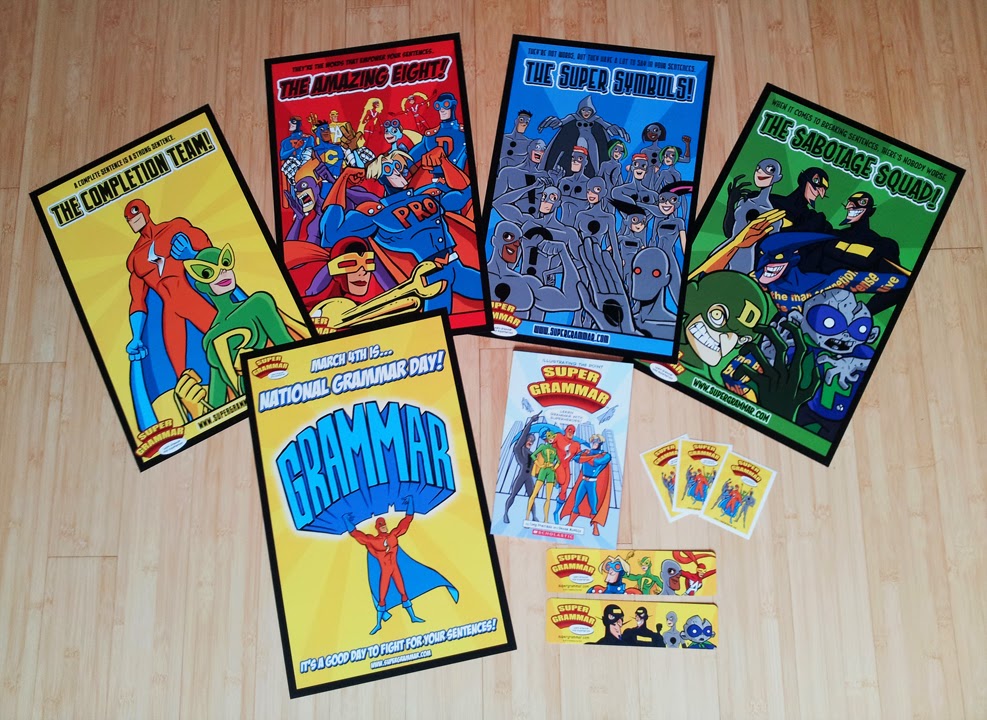 To enter the giveaway, please use the rafflecopter below. Since National Grammar Day is observed in the U.S., this giveaway is only open to readers with U.S. shipping addresses. (terms and conditions of the giveaway)

Good luck! a Rafflecopter giveaway
Posted by Super Grammar at 12:00 AM 11 comments:

Have a Super Valentine's Day!

Here's a special Valentine's Day message for all of our Super Grammar-loving friends out there! 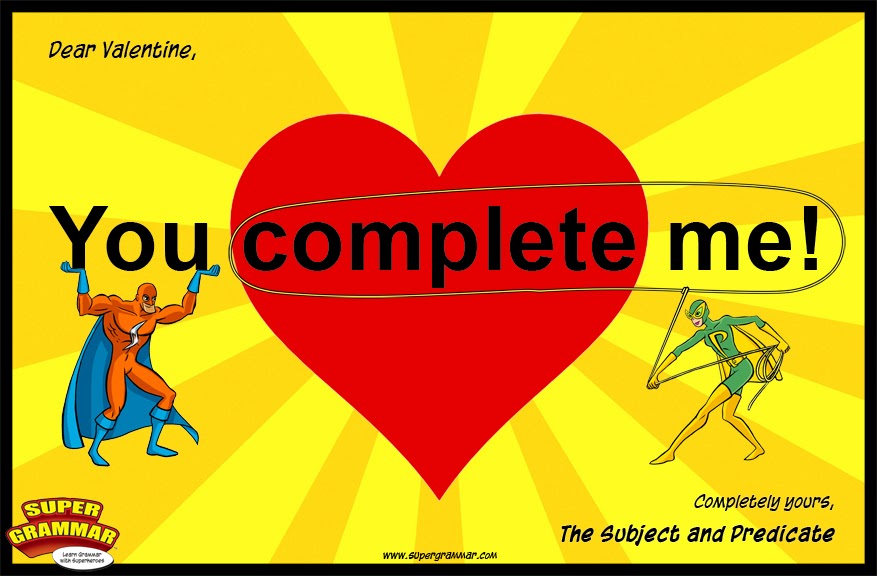 And if by chance you're not the mushy type—here's this one instead: 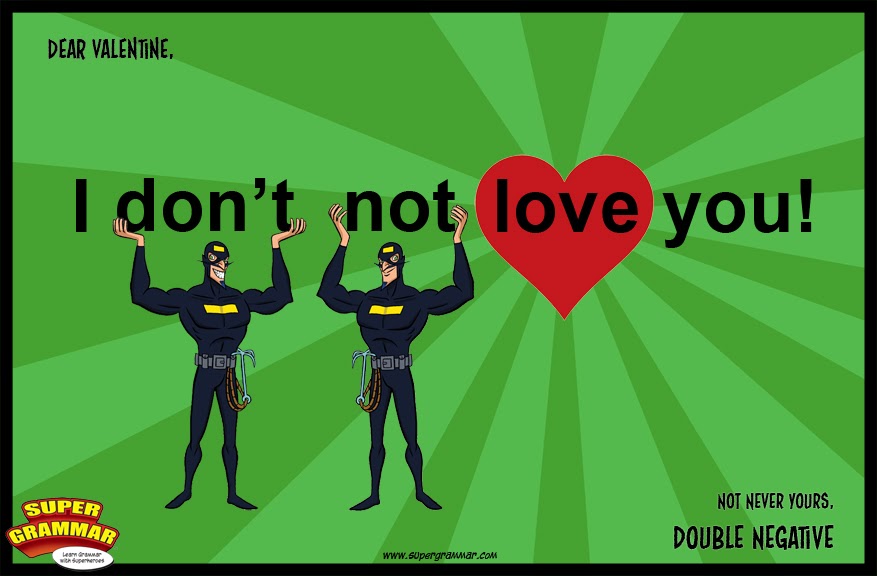 We hope you have a super sweet Valentine's Day, and may your sentences always be strong!