Tony Preciado and Rhode Montijo are Illustrating the Point.

The two artists first met while working together on the stop-motion animated feature James and the Giant Peach, and they soon learned that they had a lot in common, including (but not limited to) a love of comic books, a taste for breakfast cereals, and an extensive knowledge of Cartoon Law*. It only made sense that they join forces—so they did!

The power resulting from this alliance was mighty, and because they both understood that with great power comes great responsibility, they decided that they should help kids improve their grammar in a fun and creative way. 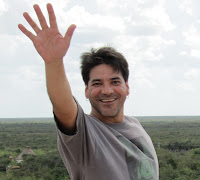 By day... he is a special effects artist (currently working at Laika).  He started his career with the stop-motion animated feature The Nightmare Before Christmas.  Tony’s other film credits include Star Wars: The Phantom Menace /Attack of the Clones, Starship Troopers,  Galaxy Quest, The Boxtrolls, and Kubo and the Two Strings.

By night...Tony is a story writer and grammar enthusiast with a knack for finding double negatives and subject/verb disagreements. 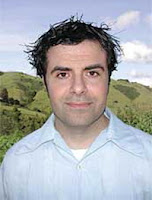 By day... he is a children's book author and illustrator. He wrote and illustrated his first book, Cloud Boy, and his latest books include The Halloween Kid and The Gumazing Gum Girl series. Rhode also illustrated Greg Trine's Melvin Beederman Superhero series, Vicky Rubin's The Three Swingin' Pigs, and Gary Soto's Lucky Luis.

By night... fueled by healthy amounts of red licorice, Rhode works on developing new stories, drawings, and sculptures to share with the world.
­­­­­­­­­­­