The Adjective is a hero with an incredible eye for detail, and as a member of The Amazing Eight (A.K.A. parts of speech), this hero puts his keen powers of observation to work for the good of all our sentences. 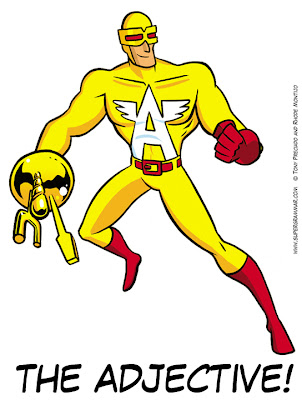 The Adjective is a modifier, and with the help of his super handy modifying tool, he delivers a fist full of descriptive power to nouns.  The details supplied by The Adjective serve our sentences by adding richness and interest to the people, places, and objects within them.  For instance, “the hero” can become “the fearless hero,” and “the villain” can become “the twisted villain.”  Also, adjectives can be very useful additions to our sentences because they add clarity and understanding by answering the questions: which one, how many, and what kind?

So, the next time you want to add some distinct and dynamic description to your sentences, remember our detail oriented hero—The Adjective.

SUPER POWERS:
The Adjective has the ability to modify nouns in a sentence with the addition of descriptive detail.  By modifying these words with description, he helps answer these questions: which one, how many, and what kind?
SUPER EXAMPLES:

1)
The slimy thief got away.

slimy: adjective answering the question which one?

2)
Three heroes are on patrol.

Three: adjective answering the question how many?

3)
Circuit Breaker is a powerful villain.

1)
The man with the enormous brain is controlling us.

with the enormous brain: adjective phrase answering the question which one?

2)
His more than two arms gave him the advantage.

more than two: adjective phrase answering the question how many?

3)
He is a hero of tremendous virtue. 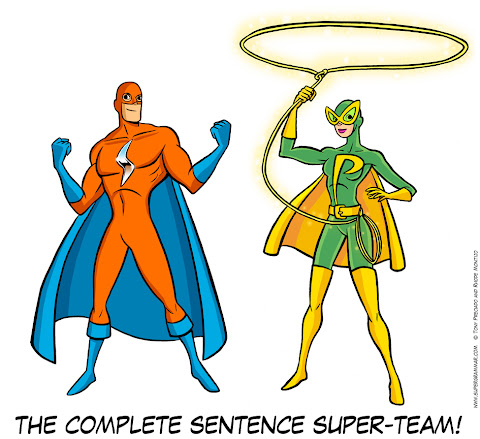 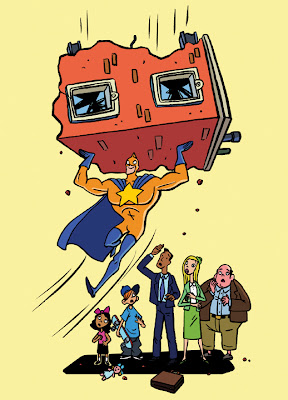 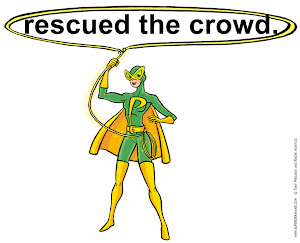